According to the spray gun working principles, they can be divided into three categories:

① At the same time, the coating gravity and front vacuum suction gravity are used;

② The suction type of front-end vacuum suction is only used;

③ The coating pump delivers the coating to the pressure type at the front end of the nozzle.

In addition, according to the use of different types of coating, it can also be divided into primer spray gun, finish spray gun and miniature spray gun.

According to the different ways of coating supply, coating nozzle size, air usage amount and spray pattern, they can be divided into three types: suction type, gravity feed spray gun and pressure type.

Suction spray gun: the principle is to use high-speed air flow and make the spray gun partially vacuum, thus generating suction to suck the coating from the pot to the spray nozzle for atomization and spraying, mainly for a large area of spraying, the advantage is that the coating atomization is better, which can meet the thickness and glossiness requirements of the coating film.

Gravity feed spray gun: use gravity to lead the coating from the upper pot to the lower nozzle, and then spray it with the wind. The previous design is for small area repair, and now it has developed to full-scale spraying. The advantage is that the coating can be saved in small area repair. 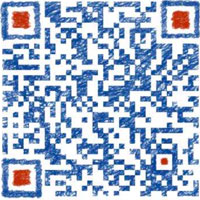